USA Brokers has been established for more than 30 years. Our power brokerage company represents manufacturers from bakery, prepared foods, grocery, wine & spirits, manufacturing firms to players in the diamond jewelry industry and beyond. With valued relationships in diverse industries, we are committed to helping clients significantly grow their business and profits. Our track record speaks for itself, ensuring our clients' products make their way into national and big-box retailers and club warehouses. We are the key players at USA Power Brokers and we bring a wealth of knowledge and successful trusted relationships to the table. We are energized by what we do and have lasting, valuable affiliations.  We always work hard to make you and your business successful!

Hugo brings over thirty years experience in the food industry and beyond.  He was formerly the CEO of KK&W Food Brokers from 1993 – 2008.  As the current CEO of USA Brokers, he brings a wealth of knowledge, a proven track record, strong relationships and valuable partnerships in the food retail industry, client services, and club store entry. Through these valued and trustworthy relationships, USA Power Brokers places products and services within regional and national large scale retailers.   Hugo has ensured the success of many companies, boosting them from local to regional and national and international distribution and services. He provides services for a diversified client base including bakery, prepared foods, grocery, wine & spirits, and manufacturing firms in gaining entry into new markets and leading retailers.

Gus is highly skilled and passionate about promoting small and medium enterprises to large enterprises, by helping clients to significantly grow their business.  He has leveraged his many professional relationships to assist a diversified client base including bakery, prepared foods, grocery, spirits, and manufacturing firms in gaining entry into new markets and leading retailers.

Gus comes from an athletic background, where he had an extremely successful college and NBA basketball career.  He was a First Team All-American while attending the University of Southern California and played eleven seasons in the NBA primarily with the Seattle Supersonics where his jersey was retired.  He went to two NBA Finals and two All-Star Games and helped Seattle in 1979 win the first major professional sports championship in the city's history.

Rick Barry is an NBA legend and one of the top 50 players of all time. The 12-time all-star has his #24 jersey retired by the Golden State Warriors. For 30 years, he proved to be an accomplished sports broadcaster. having covered a variety of sports on both TV and Radio.

Rick is also heavily involved in myriad business ventures; A spokesperson & minority owner in Medicileaf, producing a line of high-quality CBD. Partner in Vijuvia Life Centers, the leader of combining vitality and rejuvenation for elevating the quality of life and safe reduction of pain. A spokesman for BioGenesis, an all-natural anti-inflammatory supplement. And many more...

USA Brokers is honored to partner with Rick Barry, whose career and experience on and off the floor bring immeasurable value to the team.

Steve Thompson brings a combination of business acumen and creative culinary experience to the team. Steve began his professional career as a CPA and after several years working for Price Waterhouse chose to pursue his passion for food and enrolled in the Culinary Institute of America where he graduated with the distinction of being ranked the number one graduate in the school's history.  Steve has extensive experience in food service management and retail operations including nearly a decade managing fresh food for the eastern division of Starbucks. Steve joined USA Brokers in 2008, bringing both a strong knowledge of retail operations, implementation, and creative energy to the team.

Neil began his career in food industry under the direction of his Grandfather in a Queens, NY Luncheonette in 1967. Climbing the ladder up from every position in the food service business, he became General Manager of full-service restaurants in NY, Food and Beverage Director of Hotels in NY & NJ, Managing Partner in a Restaurant Equipment and Supply company and the owner of an American Grill restaurant.In 1995, Neil launched Harvest Grove Sales, Inc. as a platform to represent food products into many different aspects of the trade. Starting with a few core manufacturers, products were sold to school foodservice, restaurants/hotels, vending, convenience stores and the military. As the need for more new, unique and healthier products grew, Harvest Grove began to build its food development position. Working with chefs and food technologists, Neil has been able to create products which now are sold in New York City Schools, national supermarket chains, and general food service distributors.

USA Brokers is happy to partner with Neil Friedman who brings valuable experience and knowledge to the team.

I always prefer working with a company that has direct relationships with the athletes and USA Brokers delivers every time! 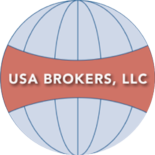